The road to motherhood is not the same for every woman.

Some experience smooth roads with no bumps or hiccups, while others of us struggle along our pothole filled road wondering if we will ever make it to the end. Our desire during this “Journey to Motherhood” series is to collectively, as a group of moms, share our trials, pain and joy along each of our individual roads to motherhood and hope that it encourages as many women as possible as they find themselves relating to individual stories and experiences.

Today I am going to share about one of my “potholes” along my road to becoming a mother; chemical pregnancy. I feel like this is not something that is discussed as much in the pregnancy world, especially since many women may experience it without even knowing. A chemical pregnancy is defined as a miscarriage before the fifth week of pregnancy, or before an ultrasound could have shown a gestational sac. A woman may get an early faint positive on a pregnancy test, getting her hopes up that she is pregnant only to get her period a week or so later. Because the miscarriage occurs so early in the pregnancy, many women may not even realize they are pregnant and just find that their period is a bit late. Because of this, no one really knows exactly how common chemical pregnancies are, but it is estimated that anywhere from 50-70% of all pregnancies end in some type of miscarriage (including chemical pregnancies).

Now for my story. My husband and I had talked about beginning to try to conceive at many different times throughout our marriage, but always came to the conclusion that it just wasn’t quite the right time (for many different reasons). We had been married almost three years and had gotten to the point where we weren’t trying but we weren’t really preventing either. In November of 2010 I began to feel like I might be pregnant. I was having a few early pregnancy symptoms that were keeping me guessing and when my period didn’t come I decided to take a test. I was shocked to see a faint pink line pop up on the test. Now when I say faint, I mean faint. It was so faint that I really had a hard time believing that I was pregnant, but I took a second one a bit later and there was another faint pink line. 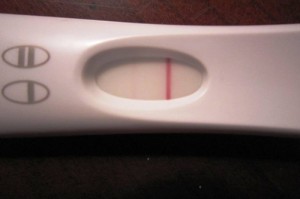 I talked to friends who had been pregnant before, and they all told me that any line, no matter how faint, meant you were pregnant. It was at this point that I began to get my hopes up. Even though we hadn’t actively been trying, we were both thrilled at the idea of finally becoming parents!

I’m not sure how to explain it, but while my hopes were rising, deep down I just knew that this pregnancy wouldn’t stick. That may seem odd to some, but there was a deep reservation in the pit of my stomach that I just couldn’t shake and wouldn’t allow me to fully embrace the idea of being pregnant. Sure enough, a few days later I took another test and there was no more faint line. It was a few days after that that I finally got my period and my hopes were officially crushed.

I wasn’t really sure how to grieve a chemical pregnancy because I never really quite felt pregnant. I was sad at the thought of not being a mom and not knowing what that little one might have been like, but I wasn’t to the point of being attached to this life that had been snuffed out so early. This may not be the same for every woman that experiences this kind of loss. I want to say that it is OK to grieve the loss of your little one, no matter how early your miscarriage was. Regardless of what anyone says, a miscarriage is a miscarriage. You do not have to justify your grief or compare it to anyone else’s grief for it to be valid. A chemical pregnancy was still a pregnancy, and for many women, it’s still a loss of a baby and grief that they will always carry for their entire lives.

It was after this experience that my husband and I decided to begin actively trying to conceive. I think it allowed us both to see how excited we were to begin a family. Six months later (what seemed like an eternity to me!) we were blessed to find out I was pregnant with our first little girl, Nora. She was born in February 2011 and we experienced a depth of love that we couldn’t begin to fathom for this little one that was now part of our family. 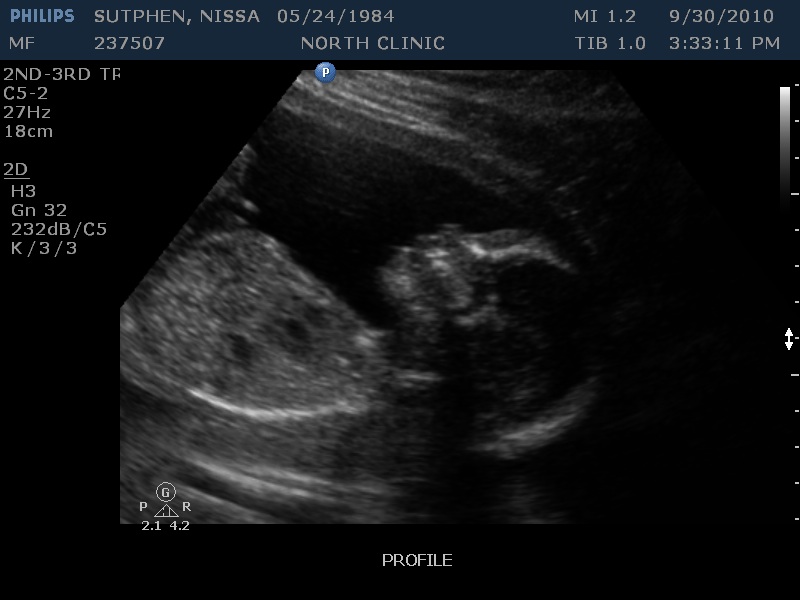 I wish I could say that was my only experience with chemical pregnancy. While we were trying to conceive our second little one I relived an almost identical experience all over again. I seemed to experience the grief of this one a bit more than the first for reasons that I’m not really sure of, but I experienced extreme joy the very next month when we find out that I was pregnant again. I am currently 22 weeks pregnant with our second little girl and we are eagerly awaiting her arrival!

(Update: Maggie Grace arrived on May 8, 2013 healthy and happy, and we are now a family of four!) 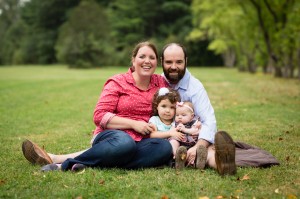 I think my experience with chemical pregnancies has been one of grief and joy. While I grieved the loss of little ones that I will never know this side of eternity, it allowed me to experience deep joy when we finally did conceive and I was finally able to hold our little girl in my arms. It has allowed me not to take the process of pregnancy, birth, and motherhood for granted as I have experienced a small taste of how quickly it can all be taken away.

Have any of you mommas experienced a chemical pregnancy? What was your grieving process like?

*If you found us through Pinterest, we are so glad you are here! Please take a look at our other stories that were a part of our “Journey to Motherhood” series:
The Less Traveled Road of Surrogacy
The Hope of Intrauterine Insemination
Horrific Pain to Blessed Beginnings (ectopic pregnancy ending in miscarriage)
A Surgical Birth…When the Plan Goes Astray (desire for natural birth ending in c-section)
The Unspoken Medicine…Acupuncture and Fertility
In Vitro Fertilization
Now I Lay Me Down to Sleep
Preterm Labor
The Road to Adoption 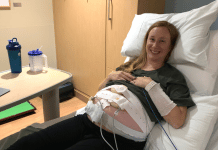 Spending the Last Month of Your Pregnancy in the Hospital 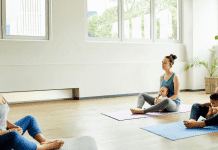 Exercising After Giving Birth: Movement for 6 Weeks to 4 Months 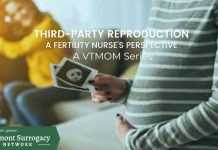