Hi, my name is Meredith and I’m food sensitive. It means just what it sounds like, that I have multiple food sensitivities. Major ones.

My food sensitivities are not an eating disorder, although that has been suggested by people watching me eat. I just have a very complicated diet that I do not love explaining to others. Instead, I laugh off their commentary with some old-fashioned self-deprecating humor, make excuses for my choices, or just try to avoid food in public altogether.

During COVID, I didn’t have to deal with any of this as my meals were consumed at home, with my family. It was a tremendous relief, like the weight of a thousand uneaten dinner rolls off my chest. But with holiday celebrations and group gatherings happening again, I find my food anxiety creeping in. I mostly love holidays, but explaining my multiple food sensitivities, not so much.

So that brings me to my main point: can we all just keep our eyes on our own plates? When will it be okay for everyone to choose their own adventures, including with food, and not be condemned?

Food is ever-present because we all need to eat to survive. But I bet that ever since we had a choice about what we were going to consume, whether it be something decadent or something utilitarian, someone else had an opinion about it.

What we decide to eat is so personal and integral, and food can bring so much joy to so many. It can be a comfort, a happiness, a memory, a tradition, a way to connect with our cultures, our homes, others, or even with ourselves. Food is life!

Except, of course, when it isn’t, like for me.

Food has always been a difficult thing for me, and when I try to explain that to others I am often met with anger, scorn, or ridicule.

When I became a vegetarian at age twelve, my large, food-obsessed extended family mercilessly teased me about how all I eat is “rabbit food.” It’s been over thirty years and they still ask me how I like my rabbit food while waving lettuce leaves at me like little flags. Time for some new material, Uncle Schecky, because that schtick is old and moldy.

When I became vegan over twenty years ago, it was “What do you eat? Air?” Why, yes, I love vanilla-flavored air the most! I drink it like a milkshake right from the sky. So refreshing! (Insert eye roll here.)

Flash forward to me giving up grains, gluten, certain sugars, and non-organic produce. Oh, and some beans. Also, shock among shock, I’ve never even had coffee. Now honestly, take a moment to reflect. Are you wondering if all I eat really is air? I know, it seems that way sometimes! Multiple food sensitivities can really get everyone flustered.

The thing is, and I don’t owe this explanation to anyone, but so many foods give me stomach aches or make my inflammation worse. I’m happier when my stomach doesn’t hurt and my joints don’t ache. Happier, even than how I would feel indulging in some delicious gluten-full cake or loaded rice bowl. Because those are guaranteed to make me sick for a week. I still get to eat delicious food, it’s just often heavily modified from the original recipe.

I know this is a “first world problem” and I’m lucky that the kind of diet my body requires is becoming mainstream in many places, with more people accepting them. Except for the coffee thing, no one will ever accept that. And I get it, it’s the official beverage of parents everywhere, and rightfully so.

When I became a vegetarian in the early 90s, tofu was an exotic food and the word vegetarian was said in hushed tones as if it was a fatal diagnosis. And even now that special diets are more accepted and easier to accommodate, it can still be hard for some people to understand multiple food sensitivities unless you wave an Epipen in their face.

But I’m not allergic. The foods I avoid make me feel sick. Isn’t that enough? Apparently not.

In my case, it’s a double-edged sword to have multiple food sensitivities and also be a people pleaser.

My people-pleaser side says, of course, I will eat that baked good you worked so hard on. At the same time, my body is screaming in terror. Food causes me to go to war with myself in more ways than one. The last time I politely refused a piece of birthday cake in a room full of coworkers, I was grilled about my food choices until I had to say I would consider changing my ways. Then there was the time I was told I was “actually hurting bees” by not eating honey by a man who then backed me into a corner and told me I HAD to watch some documentary on how I was single-handedly causing global warming. Good times!

I decided then and there to avoid eating in public so as not to hurt anyone’s feelings, including my own. Better safe than mansplained, I always say.

My large, mostly Italian family’s love language is preparing and serving food. It is quite literally how they take care of you. Gravies that marinate all day on a Sunday, meat braising until it falls off the bone in soft, tender strips. Baked ziti with four kinds of cheese, bubbling in the oven for hours until it can melt in your mouth. I used to love these things, and ate them with vigor, until I started to feel, well, bad.

I gave up meat and dairy for philosophical reasons, but grains and gluten I was forced to give up for physical ones. I love gluten. If I could marry it and run away to live on an island with it, I’d say “I do” in a heartbeat! But I’m pretty sure we would end up on the show “Who The Bleep Did I Marry?” after the gluten killed me in my sleep. Sure, I might be happy for a while, but every time I try to eat gluten, it always turns on me. You always hurt the ones you love, I suppose.

My food preferences can be awkward, or sometimes even divisive, when I need to say no thank you to certain dishes or treats.

People are so connected to foods that when I refuse to eat them, it can come off like I am rejecting the person, not just the food.

If they ask too many questions, I get uncomfortable and feel like they are judging me, and they might feel like I am judging them. And then we are both looking at each other over a giant food divide that makes me want to curl up under a blanket and hide. (Who am I kidding, I always want to be hiding under a blanket.) 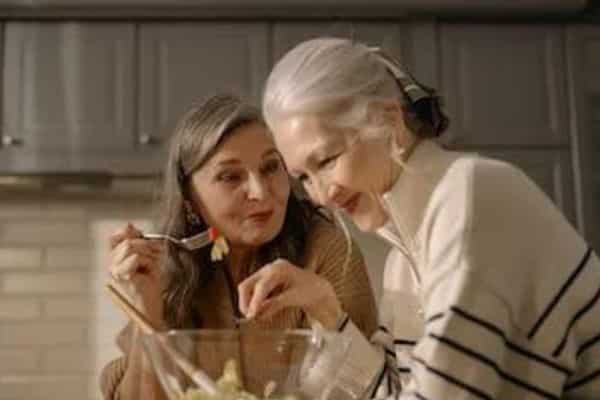 I spent so many years avoiding food in public, especially with people I didn’t know (or like!) well enough to know if they would understand or judge. But now as more and more special diets come out of the woodwork, I realize my multiple food sensitivities and I can too. So, I’m here to say I like you but probably won’t eat anything you serve me. Can we still be friends? 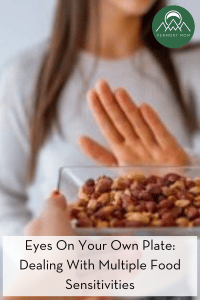 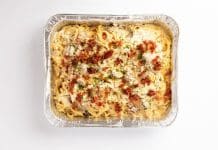 The What, Why, and How of Planning a Meal Swap 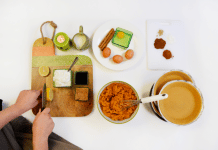 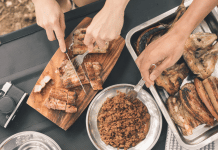 Cooking While Camping: Meals the Whole Family Will Love & Tips You Need