My son’s tenth birthday was in April of 2020, right in the midst of all the Stay Home, Stay Safe regulations due to coronavirus.

At first, I felt really disappointed that my son would be stuck celebrating a quarantine birthday. He wouldn’t get to see any of his friends or even his grandparents or cousins. To celebrate his tenth birthday, my son had to stay home with his parents and little sister, just like every other day of this quarantine period. I felt like my son was missing out. I didn’t even have the energy to arrange a special quarantine birthday, like a drive-by parade. It was just too much effort.

Then, a funny thing happened. My son said it was the best birthday ever.

Even though he couldn’t go to the grocery store with me due to the social distancing measures, he requested a lemon-flavored cake and some kind of raspberry-flavored ice cream. I bought lemon cake mix, bright green frosting with sprinkles, and raspberry ice cream on my weekly grocery excursion. Even though it was a simple cake made from a box at home, he loved it. I think it also helped that he only had to share the cake and ice cream with his immediate family, so he got a lot more servings than he usually gets at a big birthday party with friends.

Even though it was a quarantine birthday, he still got plenty of presents.

Thanks to the Internet, my son’s grandparents in Ohio still mailed him some pretty spectacular presents, as usual. Thanks to a combination of the Internet and local stores with curbside pickup, he also got plenty of presents from me and his father. My son’s local grandparents also stopped by our backyard and dropped off yet another present. We got to have a nice chat with them from a distance. Without a big birthday party, my son had plenty of time to build his new Lego sets right away.

We also got to connect with far-away family through Zoom.

My son got the chance to talk to both his grandparents in Ohio and his aunt and uncle in Atlanta at the same time, which was a unique situation. Unlike regular phone calls, several cats made cameo appearances during the Zoom meeting. Despite a few technical difficulties, it was overall a great experience to see and interact with everyone at once.

For further fun, we watched a Zoom version of a comedy show for kids from the Vermont Comedy Club.

My kids think the comedians are hilarious and it’s so easy to watch the show right from your own house. By random luck, my kids got chosen to participate in one of the comedy games that day and they had an absolute blast. They felt so clever and funny and proud of themselves. In fact, they are thinking about taking comedy classes once all the social distancing measures are finished.

My son’s quarantine birthday party was way less stressful for me this year.

We saved a lot of money with a quarantine birthday because there was no pressure to throw a big party out at a large venue. I also didn’t have all the hassle of tracking down kids I don’t even know to invite them to a party and then have to worry about how many people will show up when hardly anyone bothers to RSVP. I didn’t have to put together any goody bags. I was also able to bake the cake on my own schedule and didn’t have to transport it anywhere. My son’s quarantine birthday party was calm and relaxed for the whole family. It reminded me of my own childhood birthday parties.

To celebrate a child’s birthday during social distancing restrictions, all you need is for everyone to show the birthday child that they are loved. Cake and ice cream don’t hurt, either! 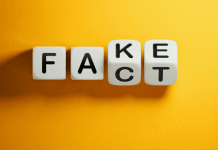 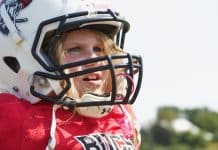 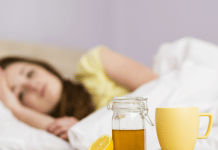