I will be proud if my kids grow up to be garbage men. Louder now for the people in the back!

Frankly, I’d be proud if my kids grow up and work in any trade. Plumber, electrician, carpenter, mechanic, you name it, I’m all for it.

I’d also be proud if they became entrepreneurs or CEOs. It’s all the same to me. Just so long as they’re happy and not living in my basement. Not because I don’t want them to stay at home for as long as possible, but because someday that basement is going to be my studio (let me dream), and also, I do want them to be able to support themselves.

But, I’m getting ahead of myself. Let me explain where this rant is coming from.

The other day, I was scrolling through The ‘Gram, as per usual, and I saw the following meme…

This meme is deep on a few levels and I want to break it all down because I spent many years mad, too.

I am a former teacher…

And I am the wife of a former garbage man…

And I am the mother of two boys, one of whom already shows a propensity for working with his hands…

And I hold a BA in Political Science, an MA in Theology, and work in a field where neither is necessary nor required.

When my husband and I were in our early 20s, we both started jobs right about the same time (fall, 2007). I worked as a teacher, and he was a borough works employee (aka a “garbage man”).

I stayed in that position for 5 years and my husband for 7 years.

During those years, my husband put himself through college and earned a bachelor’s degree.

With his degree, he was hired into a large national corporation and quickly moved up the ladder into management, where he is now.

I moved into another education-based position, where I worked for 5 more years. I even earned a master’s degree.

Then, 4-years ago, we relocated for my husband’s career and I stopped working outside of the home.

What that meme got right

When we started out as a teacher and a garbage man, my husband made almost double what I was making (though I worked at a private, Catholic school, not a public school). With my summers off, I was able to work a part-time job and bring in an additional $3k, but that did little to close our family wage gap.

Benefits: He also had FAR better medical benefits than I had. And I had far more debt (in the form of student loans) to pay off.

For us, this meme is pretty accurate.

Where it misses the mark

However, because we are talking about private schools, it’s like we’re comparing apples and oranges. If we compared the salary of a first-year school teacher in the exact public school district where my husband worked, things would be a little more nuanced. A first-year public school teacher would have made about $3-4K more than my husband did at the same time. The positions shared the exact same benefits package and pension plan.

What I think people are missing is this… it’s not really about a teacher or a garbage man making more or less than the other. The point is that you CAN make a decent and respectable living without a college degree. This is one reason I will be proud if my kids grow up to be garbage men or work in any trade.

Another thing to consider, the physical tax vs. the mental tax

While my husband made a good living as a garbage man, the job took a definite physical toll on his body. He was often in pain which made it difficult for him to enjoy the physical activities he loved when he wasn’t working.

His current job does not tax his body at all, but there is definitely a mental tax. He worries about “hitting numbers”, he worries about his team, and he deals with incredibly stressful and emotional situations daily.

However, he’s able to easily “blow off steam” on the trails (skiing in the winter and mountain biking or hiking in the summer) every weekend because his body still works.

We All Have a Right to be Mad

As has become increasingly evident in the past few years, so many systems in our country are completely broken. In my opinion, those include the public education system and higher education.

Many of us chose college at the urging of our high school teachers, guidance counselors, and parents who saw higher education as our ticket to a better future. We were encouraged to choose directionless, liberal arts majors with the promise that there would be jobs waiting for us upon graduation.

I remember my freshman seminar instructing us to try things out, find what we love, and choose a major based on that. A funny thing happened during my sophomore year though, the market crashed. That free grab bag of available jobs? Vanished.

This is why teachers can be hired at what adds up to barely more than minimum wage and plumbers and electricians can set their prices at literally whatever they’d like.

I know that this is only my experience and just a simple anecdote, but I can imagine some of you have experienced something similar. A few years ago, we needed an electrician. We had to wait over a month for the ONLY electrician who services our area to come and see to our issue (it was not a serious issue or emergency, so this was fine.)

Last summer, our dryer broke. It took 3 weeks to get someone to come and take a look at it.

There are multiple improvement projects we’d like to do to our home. We can not even get people out to give us quotes. They are completely swamped with work.

This means they can increase their prices. It simply comes down to supply and demand. We’ve decreased the supply of skilled tradespeople and now they are in high demand. At the same time, we’ve flooded the market with college graduates who are fighting for the few available jobs in their industry.

It’s Not Just Trades Either

About 2 years ago, I began my own content and copywriting business. In the two years I’ve been doing this work, each year I’ve made more than I ever did as a teacher. And guess what, not a single client has ever asked me if I even have a degree. They just want to know that I can do the work and get the results. Simple as that.

The reality is, the type of work I do today (writing blog posts, landing pages, sales pages, social media captions, and email sequences) did not even exist when I was in college. So what use, really, are those degrees?

So back to that meme…

There are lots of ways to make an honest, respectable, and good living. Some require a college degree, but many don’t. There is no shame in forgoing college to work in the trade industries or to try something new (I love an entrepreneurial spirit). You very well might end up making more money than those who get a degree.

So, when my kids hit that age where their future careers and college becomes a nightly discussion, I have no plans of filling their heads with fantasies. If they have a goal and a plan, and a college degree is necessary for them to reach that – I will support them.

If my kids grow up and want to learn carpentry, electrical, plumbing, auto body repairs, or become garbage men, I’m here for it too. Though after they’ve mastered their skill, I may still mention the idea of taking business management courses and opening up their own business so they can work for themselves.

If they want to start their own business doing something that I don’t even understand because I’m old and out of the loop, I’ll support them too. Because I know firsthand that our economy is changing at a rapid pace and they might be onto something.

If they choose to join the military, I’ll have their backs.

Whatever path they choose I will be proud of them. No matter what. 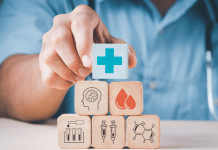 One Mom’s Tips for Navigating Healthcare 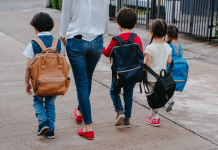 The Impossible Task of Treating Your Kids Equally