After six years of silence, Adele finds her voice, offering up the ultimate divorced moms’ anthem in “Easy On Me,” the first single from her new album 30.

This morning, I woke up to a deluge of news articles about Adele’s new song. Curious about this heightened level of media attention, I downloaded “Easy On Me.” I immediately understood what all the media fuss was about. The song is groundbreaking in its narrative power. Drawing from her own experience as a mother who chose divorce and her own happiness over keeping her son in an intact family home, Adele, with her signature powerhouse vocals, belts out a divorced moms’ anthem, which she co-wrote.

As I listened to her poetic and soulful interpretation of the devastating decision to divorce, her vocal exploration of this painful, but often necessary, phenomenon resonated with my own journey.

Our society judges divorced moms pretty harshly. In the face of this judgment and insensitive questions like “How could you do this to your children?” we constantly feel the need to explain ourselves, even though the major themes of our stories are mostly the same. Even Adele, with her fame, fortune, and extraordinary talent, felt the need to explain herself. Maybe now, her divorced moms’ anthem can serve as a summary of the major themes of most our stories: unhappiness, disconnection, lack of motivation on the part of our spouses to share equally in domestic labor and parenting responsibilities, despair, and ultimately a desire to model a better relationship and partnership for our children.

Divorced Moms’ Anthem, Verse #1:  There’s nothing left to save.

Adele captures the loneliness and despair of simultaneously existing in an empty marriage and mourning the loss of value and meaning the relationship once carried in her first verse of “Easy On Me:”

There ain’t no gold in this river
That I’ve been washing my hands in forever
I know there is hope in these waters
But I can’t bring myself to swim when I am drowning
In this silence, baby
Let me in

She paints a picture of disconnection and absence of communication between her and her partner. Mirroring the lived experience of moms confronting the isolation of being trapped in a bad marriage, she eloquently gives voice to the oppressive sense of drowning when a wife tries to resuscitate hope in a marriage. Her husband, she implies, refuses to meet her halfway, remaining silent, leaving her to drown in their problems alone.

Divorced Moms’ Anthem, Verse #2: You can’t save a marriage alone.

Like so many moms wanting to preserve a two-parent household for their child(ren), Adele, for the sake of her child, seems to have tried fruitlessly to make her marriage work before realizing her partner was never going to reciprocate. She laments:

In a patriarchal society, husbands often rely on their wives’ conflicted feelings about breaking up the family as a guarantee for the continuation of the marriage.

Adele depicts the conundrum wives and mothers face when they ask husbands and fathers to take steps to help preserve the family and these men refuse. When women put an unequal share of effort into both maintaining an unsatisfying and frustrating marital relationship and performing both physical and mental domestic and childcare responsibilities, marriages fall apart. The fact that she feels the need to justify to her ex-husband her decision to divorce him illustrates the level of his delusional notion, perpetuated through the dominant male culture, that she would want to stay despite his unwillingness to change.

Divorced Moms’ Anthem, Verse #3: Erasing our individuality to satisfy others.

Adele shares her experience of self-erasure in trying to fulfill her responsibilities of wife and mother when she sings “I changed who I was to put you both first.” While the average wife and mother can probably relate to the experience of subsuming our individual identities when we take on the domestic caretaking responsibilities of wife and mother, it feels shocking to think of Adele, winner of 15 Grammy awards and arguably one of the most talented living songwriters and singers today, erasing her identity for the sake of keeping her family together. The six-year gap in her artistic production that roughly coincides with the length of her relationship speaks volumes in support of the truth of this lyric.

Divorced Moms’ Anthem, Verse #4: Reclaiming our independence and our identities.

After guiding us through her heartbreaking struggle and thwarted attempts to keep her family together, Adele, in resignation, states simply, “But now I give up.” At a certain point, moms choose divorce because the cost of erasing ourselves in service to others – our spouse and our children – proves too great. We realize this self-sacrificing erasure won’t fix our relationships; it will slowly destroy us. We reach a point of no return where divorcing our spouses becomes the only option for saving ourselves. While we can acknowledge our child(ren)’s pain, once we reach the limit of erasing our identities and determine to find our way back to ourselves, we can’t choose differently. We can only move forward through the fiery destruction of divorce, finally able to envision a better future.

Even if our spouse finally expresses a desire to change, to do his part to rescue the relationship, and to be a better co-parent and household partner, these olive branches often come too late to deter us from our separate paths. Personal history tells us they are hollow, last-ditch attempts anyway and probably wouldn’t last in any meaningful way.

It takes a lot for a mom to decide to leave. I once described to a friend my own experience of the situation, “It’s like a door has slammed shut behind me. Even if I wanted to, I couldn’t turn around and try to open it. My brain has already moved past the experience of my marriage. It’s irretrievably over. I can’t go back.”

Patriarchal society lacks empathy for women who choose to divorce their husbands. These rejected and dejected men, confused by this perceived slight to their culturally reinforced masculine entitlement, may try to re-write the relationship’s history and accuse their wives of never loving them or being fully committed to the marriage. Even Adele, with her 15 Grammy awards, feels the need to defend herself against these unjust accusations, explaining:

She acknowledges in this verse that her current steadfastness in her decision to leave makes it look like she never had any intention of staying and seeing the marriage through in the first place. I think there is a moment when a mom who is facing divorce regains her sense of purpose and even some happiness. In my own experience, the initial joy and exaltation that I felt in finally making this heart-wrenching decision, communicating it to my partner in no uncertain terms, separating, and starting to break free resulted in an emotional high related to the achievement of my own liberation.

When your partner observes you acting happy for the first time in years after deciding to divorce while they feel miserable and abandoned, the joy you exude at having reclaimed your life and identity separate from unhappy wife and overburdened mother leads them to question everything they thought they knew about your relationship.

It will be a true achievement for feminism when society expects men to do their fair share in relationship maintenance and child-rearing responsibilities and casts a critical eye on men, instead of women, when marriages fall apart and end in divorce.

I’ve saved the chorus for last, as it directly addresses the unfortunate reality of scorn, judgment, and mistreatment faced by mothers who choose to divorce their husbands. Not only does the stigma of divorce follow a mom forever, the attacks and microaggressions she may receive come from multiple varied sources. In retribution for their bruised egos, former partners may enact their vengeance through the family court system. Sons may be told horrible things about their mothers by disgruntled fathers, such as “Your mother left me. She’ll leave you, too, one day,” and consequently lash out, both physically and verbally, against their moms, in their anger at her for the upheaval and insecurity she caused in their lives.

In the chorus of “Easy On Me,” Adele pleads with broader patriarchal society, including the media and other men and women who fail to understand what she endured in the private space of a stifling marriage and family life, as well as with her ex-husband and son:

Go easy on me, baby
I was still a child
Didn’t get the chance to
Feel the world around me
I had no time to choose
What I chose to do
So go easy on me

Her lament for getting married and becoming a mother while “still a child” serves as a call for young women everywhere to “feel the world” and take “time to choose” before they succumb to the possible self-erasure of wifehood and motherhood.

Adele encourages young women to wait and choose a partner wisely and with forethought, using her own lived experience as a cautionary tale.

In her plea to “go easy on me,” she basically casts a wide net in asking for grace and respect, as if to say, “You, with your judgment of divorced moms, try to understand what we endured, how hard we tried to hold everything together, and how we judge ourselves harshly enough for our failures.” Adele doesn’t sound angry in this plea. She comes across as battered and exhausted, having fought a war on multiple fronts. She survived battles within her marriage, against herself as she debated whether to stay or leave, and likely in family court over the division of her significant assets and custody of her child.

Wearily, she asks for grace – from her ex-husband, from her son, from the media, and from you, dear listener.

In the end, she writes and sings this divorced moms’ anthem, not only for herself but for all of us.

She provides an anthem for divorced moms who suffer scorn and judgment for our unpopular choice to liberate ourselves from oppressive marriages in a patriarchal society that openly rejects the validity of our feelings, hopes, and dreams.

Thank you, Adele, for shining a light on our predicament. I hear you and see you, and I feel heard and seen. Voices like yours amplify our own. By sharing your story, you are no longer alone in it, and neither am I.

Make sure you don’t miss any of our engaging and relevant blog posts about Vermont, parenting, and life! And, of course, our awesome events! Don’t miss out- sign up for our weekly newsletter today. 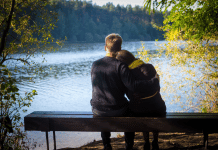 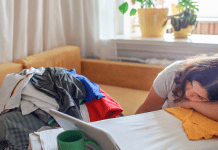 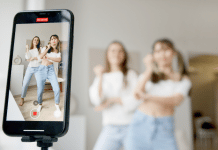