On Sunday, I learned something new. I learned who Jessie James Decker is, and here I am, just a few days later, coming to her defense. I don’t think she edited that photo of her kids on the beach and I’m going to tell you why. And while I hope to keep this a bit lighthearted, I do plan to get into a bit about body image for children at the end, so stick around.

First, you get to learn who Jessie James Decker is, too

According to her Instagram bio, she is a mommy, singer/songwriter, founder, and two-time New York Times best seller. Side note, she currently has 4.2 million followers on Instagram.

Jessica Rose James was born on April 12, 1988, on an American military base in Vicenza, Italy to Mom, Karen, and dad, Robert. She was a “military brat” and lived in Iowa, Kentucky, Texas, Louisiana, and Georgia. She has two younger siblings, Sydney Rae Bass (born 1991) and John James (born 1994). Her parents split in the mid-90s and her mom remarried in the early 2000s.

Decker began singing when she was two and she won her first talent contest in Baker, Louisiana, at age nine. By age fifteen, she was making weekly trips to Nashville to develop her songwriting craft.

She signed her first recording contract with Mercury Records around the age of 17  and she’s since released three studio albums, has starred in a reality TV show, and now has her own clothing brand called Kittenish.

I have to be honest, I was about two-thirds of the way through reading her bio before I realized she was not Jessie J. Jessie J is a completely different singer, known for her 2014 hit, BangBang.

So, what’s the deal with the photo???

On Saturday, November 26, 2022, Jessie James Decker posted a photo of her three kids in their bathing suits on the beach to her Instagram. They were in ARUBA JAMAICA GIRL I WANT TO TAKE YOU (just kidding, they were in Mexico) celebrating Thanksgiving (as you do when you have 4.2 million IG followers).

What Decker assumed would be a simple post quickly blew up the entire Internet.

I’m going to embed the Instagram post below but in case it is ever removed, I’ll describe it here, too. In the picture, you see three young, white, very suntanned kids posing on green grass. The beach, lounge chairs, umbrellas, and palm trees are in the background.

The thing most people initially noticed about the photo was that all three kids have absolutely ripped abs.

I think it had to do with the shadows, coloring, distorted background, and possibly that one of the kids was in motion. I think as moms we all know what it’s like trying to get multiple kids to pose without anyone moving – so I’m assuming you know the look I mean here.

As I scrolled through the comments section under the photo, it became clear that things were getting heated. People were accusing Decker of everything from editing abs onto her kids to overtraining them. Decker clapped back to a few commenters and said that the photo was not edited and that her kids’ abs were a result of great genes, eating healthy, and participating in athletics.

The thing is, that on the same day, she also posted a Reel to her Instagram. The cover image of the Reel showed all five members of her family. The kids were in the same bathing suits… but the kids did not look nearly as ripped or as tanned as they did in the controversial image. If you watch the Reel, you can see video clips of the kids, who are definitely fit and absolutely do have defined abs… but their abs just don’t look as defined or as distinct as they do in the still photo she posted to her grid (which likely led many to think that there had been photo editing).

I did a little photo experiment of my own…

I wanted to get to the bottom of it all, so I decided to experiment on my own fit son. My son, Liam, is also 8 years old. It’s nearly December in Vermont, so he’s not tan at all. Liam is very active. He was a gymnast and within the past year, switched to martial arts. Additionally, he plays soccer and skis. I mention this because Decker mentioned her daughter is a gymnast and that her sons do martial arts and, I believe, baseball.

My kids, however, do not love chicken (something else Decker referenced in the comments) and for the most part, don’t eat terribly healthy. A typical day of eating for Liam might look like this: breakfast – Fruity Pebbles with milk and a glass of orange juice, lunch – PB&J, an apple, Ritz crackers with PB, two cookies, and water, dinner – spaghetti and meatballs and more water (plus lots of snack in between). Normal, but probably not what Michael Phelps (or Jessie James Decker and her kids) consume each day.

Even with a far less healthy diet than the Decker children, Liam is pretty ripped for an 8-year-old and has distinct 6-pack abs. 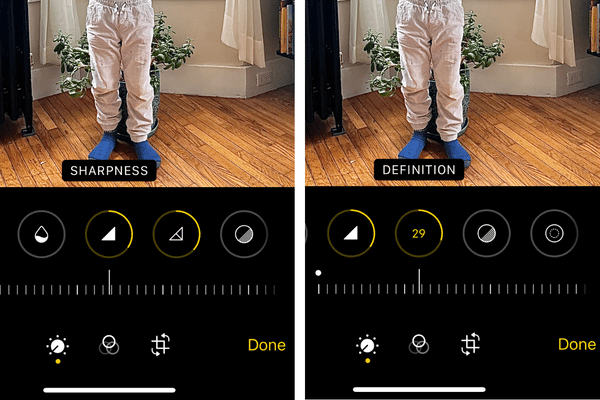 Portrait Mode alone made Liam’s abs pop to the point that they looked fake, and then a slight adjustment to the sharpness and definition of the image made them look even more defined (and again, this was all before I even told him to flex.)

I repeated the whole thing with him flexing and got an almost exact replica of the effect seen in the image Decker posted of her children, minus the tans and the beach, of course. It actually looks like someone took fake abs and put them on top of the image of Liam, just like with Jessie James Decker’s kids.

So, there you have it. I believe Decker took the photo in portrait mode and then possibly adjusted the sharpness and/or definition of the image in order to minimize her younger son’s movement. As one does with a squirmy younger child.

Side note: I think that she could have avoided some of the harsh criticism initially by acknowledging that the image appeared different from the Reel, and explaining that the kids were flexing and that the picture was taken in Portrait Mode (which sharpens the subjects while blurring the background.) Instead, she doubled down on the power of her kids’ superior genes, diet, and athleticism which I think rubbed some commenters the wrong way.

But, I also imagine it can be difficult to know exactly how to react in the heat of the moment, especially when it feels like your kids are being attacked.

A note about body image in children

As I mentioned above, my 8-year-old is fit. He eats a ton and not always the healthiest options, but he is extremely active and strong. Since a young age (about the first time he saw the LEGO Batman movie) he’s been obsessed with having a 6-pack.

When I showed him each image after taking it, I could tell he was really pleased with his body and how he looked. When I showed him the final image, he couldn’t believe it was real. He was so proud of himself.

I thought that was that, but then the next morning when I went to wake him up for school, the first thing he mentioned as his eyes opened was his 6-pack, his body… and my stomach dropped.

I don’t think this type of attention to physical appearance is good for any kid. Adults judging kids’ bodies, parents having to defend their kids’ bodies, the idea that a parent might possibly edit images of their kids’ appearance to make them look more “desirable” (I’m looking at you, reality TV’s favorite famous family.) It all seems bizarre.

I don’t know what’s going to be the thing that sends my kids to therapy one day… but this fixation on the appearance of children just feels so yucky and sad. I wish we could all love or at least respect and appreciate all bodies. I wish I could protect my kids from others’ negative opinions and social and cultural pressures to be young and fit and muscular. I even want to protect them from their own negative ideations, from ever thinking they might not be handsome enough, or tall enough to be worthy and valued, but I know that’s not possible. What I can’t do to protect them is simply terrifying.

I’d love it if you read this post by Miki, a fellow writer here at Vermont Mom, about how she handles negative body comments with her children.

I’m also going to be covering Jessie James Decker and this photo drama on my podcast, Tell Me More: A Deep Dive on… The episode will come out on Tuesday, December 13, and you can subscribe here. 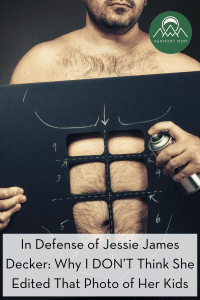 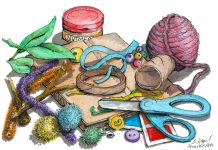 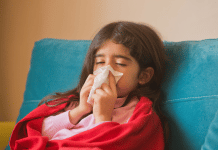 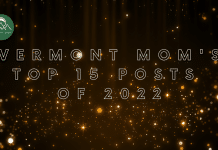