Decluttering and tidying — they remind me a bit of the chicken and the egg scenario. Which problem really came first? And with the solutions of organization and a minimalist lifestyle being all the rage, how do you know which to focus on first?

I didn’t understand the difference between decluttering and tidying until this year. My confusion resulted in many failed attempts at a simplified home that left me frustrated and overwhelmed with piles of stuff.

When it first aired, I sat on my couch binge-watching episodes of Tidying Up with Marie Kondo. I watched with sparkling eyes as people removed unnecessary clutter from their life. They kept only the items that sparked joy. Watching the show left me wanting the same feeling. Naturally, I went straight to my dresser and refolded all of the things until 2:00 a.m., trying to mimic the KonMari aesthetic.

Less than a month after my midnight folding binge, my clothing was an absolute mess.

The shirts were in crumpled piles. Pantlegs stuck out of the drawers screaming at me to come put them back in their place. There was no order, no neatly folded rectangles. I was practically shaking my fists at the sky, cursing Marie Kondo’s name. The dresser certainly did not spark joy.

I watched The Home Edit and scoffed at their bins. I denounced some of my favorite bloggers’ Pinterest-perfect pantries. I wanted to have a beautifully organized home. But, I have never been able to maintain any sort of system after the initial “oh, how pretty!” phase wears off.

My wardrobe remained a source of frustration – with its piles and layers and failed organizing attempts – until a few months ago when I discovered the difference between decluttering and tidying up.

Then, I watched the “Messy to Minimal” series by one of my favorite YouTubers, Natalie Bennett. Her approach to the decluttering process feels different than other popular approaches, and most importantly, her approach is realistic to me. She gets rid of extra stuff, then organizes the remainder that she decides to keep. When thinking about what to keep, donate, or toss, she doesn’t focus on what sparks joy, but rather on what has function and purpose in her present life. Her series inspired me to recognize the difference between decluttering and tidying up. Natalie’s videos also show decluttering as a continual process, not as a one-and-done thing.

Marie Kondo might focus on tidying up, but Natalie’s videos helped me to see that I need to declutter before I can even get to the point of determining what I actually need to keep.

I took to my dresser and closet first, making ruthless cuts to my wardrobe. I gave myself rules:

From my closet and dresser alone, I removed four garbage bags of clothing to donate.

This moment of inspiration brought with it a critical realization: much like my adventures in potty training, most of the methods popular on social media do not work for our family. In order to begin decluttering and tidying, I needed to first sort through the items looking at function and purpose, then organize them.

My previous efforts to organize my home didn’t work because I wasn’t actually eliminating anything. If I use the KonMari method, I get confused. It’s hard to know what “sparks joy” when objects have emotions attached to them.

After removing unwanted items from my closet, I did not immediately attempt to organize what I had decided to keep. I sat with it for about six weeks, putting thought into what type of organizational system would work best for me. It’s been a few weeks since I implemented the organizers into my dresser and I’m happy to say, for the first time ever, I’ve maintained an organization system.

After my clothing, I took to other areas of the house. I went room by room, decluttering and tidying spaces by focusing on an object’s function above all else.  I decide on whether or not to keep an item based on how things work rather than how they look. For example, I used to have eight spatulas, because I had a habit of buying pretty utensils I don’t need. I kept the two I use the most and tossed the rest.

The bathroom closet came next, then the kids’ closet and dresser, and then the kitchen.

With each space I declutter, I spend less time debating what to keep or toss, because I am fine-tuning my sense of what is necessary for my life. Now, I recognize that if I think for more than a few seconds on whether or not to eliminate something, it has probably served its purpose for us and it’s time for it to find a new home.

I do not consider myself a minimalist. But I am working towards creating a less overwhelming home space. With the pandemic, I spend more time than ever within the walls of my home, and having that space feel filled with intention and function feels spectacular.

Over the past few months, I have noticed those around me jumping on the decluttering train as well. I asked them to share their tips and tricks, and here they are!

If you buy bins first or design a space around organization tools, without taking into account what you’re organizing, you’ll still wind up with stuff you don’t need. The sentiment of a “beautiful system begs to be maintained” is not my reality. My bathroom is a great example. About a year ago, in a nesting frenzy prior to giving birth to my second child, I reorganized the closet. Everything was put into labeled bins and the towels were folded just so. Of course, once the baby came, the closet returned to total disarray. But this year, when I decluttered first, then organized, I was able to maintain the system because everything within the closet has a function and purpose within my life.

When it comes to packaging or storing stuff, most organizing gurus agree to store items in clear containers. Clear containers allow you to quickly take inventory and find things easily.

I recently heard when trying to maintain an organization method, one should revisit a decluttered space as many times per year as you use it per day. Using this advice, a hall closet could be done once per year, but the refrigerator should have a monthly revision. This makes maintenance of decluttering and tidying far less overwhelming. I’ve also found that once you do the first major culling, the subsequent upkeep and decluttering process go much faster.

With clothing, take a quick assessment every time you put laundry away. Notice what is at the bottom of the stack in the dresser. How long has it been since you wore it? Does it still fit? I have found this especially helpful with baby and toddler clothing that my kids seem to either outgrow or destroy daily.

It’s okay to admit something isn’t working for you.

That face cream that made you break out, the shirt you forgot to return, the hat that your aunt gave you that lives in the back of a closet, or the kitchen gadget you thought would change your life but you only used twice and is now collecting dust… it’s probably time for those to go. If you’re holding on to something out of guilt, particularly guilt related to spending money, then the object in question is not serving you anymore. Consider this permission to part with objects you changed your mind about. Decluttering and tidying become far easier if you remove the guilt attached to objects. It’s just stuff, after all.

Finish what you have before buying more.

This is the most helpful tip to keeping clutter in my kitchen and bathroom to a minimum. Sales are created for a reason – to entice shoppers to purchase more of a product. Now, when I see things on sale, I stop and ask myself: Do I need six bottles of shampoo and 18 cans of chickpeas? Probably not. But do we need 5,000 bags of Goldfish because the children in my house are human vacuums who sustain life off nothing but fish-shaped crackers and string cheese? Yes.

Are you decluttering and tidying your space and have tips to add to the list? Share them with us! 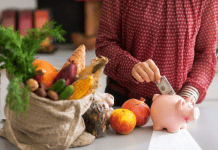 Save Money with Digital Couponing for Beginners 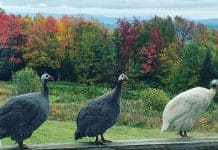