Two weeks ago,11 year-old Shamiya Adams was killed in Chicago when a stray bullet fired by a teen gang member came through a window while she attended a slumber party. In this age where mass gun violence, firearms accidents, and conflict-related gun deaths are saturating our national consciousness, I often turn away from the news stories, but this one stopped me dead in my tracks. A slumber party. This child was playing inside at a slumber party and died from a bullet to the head. My hands went cold, and I could feel my heart rate increase. This little girl could be my little girl, the little girl next door,  any little girl I know.  My children live in a world where they could be killed by a stray bullet at a slumber party.

A few minutes after hearing this gruesome story, the cold sweat gave way to a wave of anger welling up inside of me.

How has it come to this?! How on earth did the United States lose such complete control of our communities, our culture, and our guns? How is it that we remain embroiled in policy debate, semantics, and constitutional pontification when children and innocent citizens are literally being gunned down in an epidemic of uncontained gun violence?

It’s almost impossible not to feel hopeless, but I have recently become passionately interested in finding out what I can do, individually, to promote change in the American gun culture. I cannot sit idle while elementary school children practice “shooter” drills and companies market bullet-proof backpacks to worried parents.  I did some research, and came up with this list of things that I (and YOU!) can do to stem the tide of gun violence in the US.

Maybe this list doesn’t seem like a lot, and it certainly isn’t enough to change things overnight, but it is an alternative to sitting on my hands feeling helpless. I suspect a lot of parents feel helpless and overwhelmed by the headlines as I do—this list gives me a small sense of hope.

How do you feel about this issue? Are there any other action steps you can recommend?

How to Make New Friends and Find Your Mom Squad 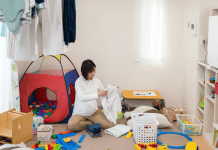 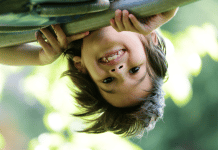 How I’m Learning to Be a Calm Mom